Each year we have an annual lecture, and since 2010 these have been held at the National Library of Ireland, to whom we are are grateful for their continued support. Below is a list of some of our most recent annual lectures, which reflects the interdisciplinary nature of SSNCI.

‘Possessing Ireland: George Petrie and the Translation of Landscape’

Irish artist George Petrie (1790-1866), painter, antiquarian, folklore collector, founder and co-editor of the Dublin Penny Journal and editor of the Irish Penny Journal, was in high demand at the beginning of the nineteenth century as an accomplished illustrator of Ireland’s urban and rural environment.

Petrie was trained as a landscape painter, but he adapted the style and formal elements of landscape painting in order to express a sense of cultural difference. The views he produced are ones that insist on the central importance of symbolic structures: architecture, land forms, human figures. ‘Visual possession’ of these physical aspects of Ireland was offered to a wide audience through the circulation of images as high art, as steel or copper engravings, and as wood-engraved illustrations in the penny press.

This lecture will discuss Petrie’s translations of media, reflecting his belief in the necessity for the visual preservation and wide ownership of a fast-disappearing landscape.

Dr. Tilley’s lecture will be broadcast via Zoom. Click here to book a (free) ticket.

‘Searching for a “normal” Irish person: metrics and race in nineteenth-century Ireland’

Ireland played a surprisingly central role in the evolution of physical anthropology: a field that quickly became focused on connecting racial and criminal ‘degeneracy’ under the guise of a scientific search for the ‘normal,’ ‘average’, or ‘typical’ example of any given ethnic or social group. This exploratory paper will trace the evolution of the field in Ireland through the nineteenth century and question what the search for a ‘normal’ or ‘average’ Irish person was really about.

Dr. O’Neill’s lecture will be broadcast via Zoom. Click here to book a (free) ticket. 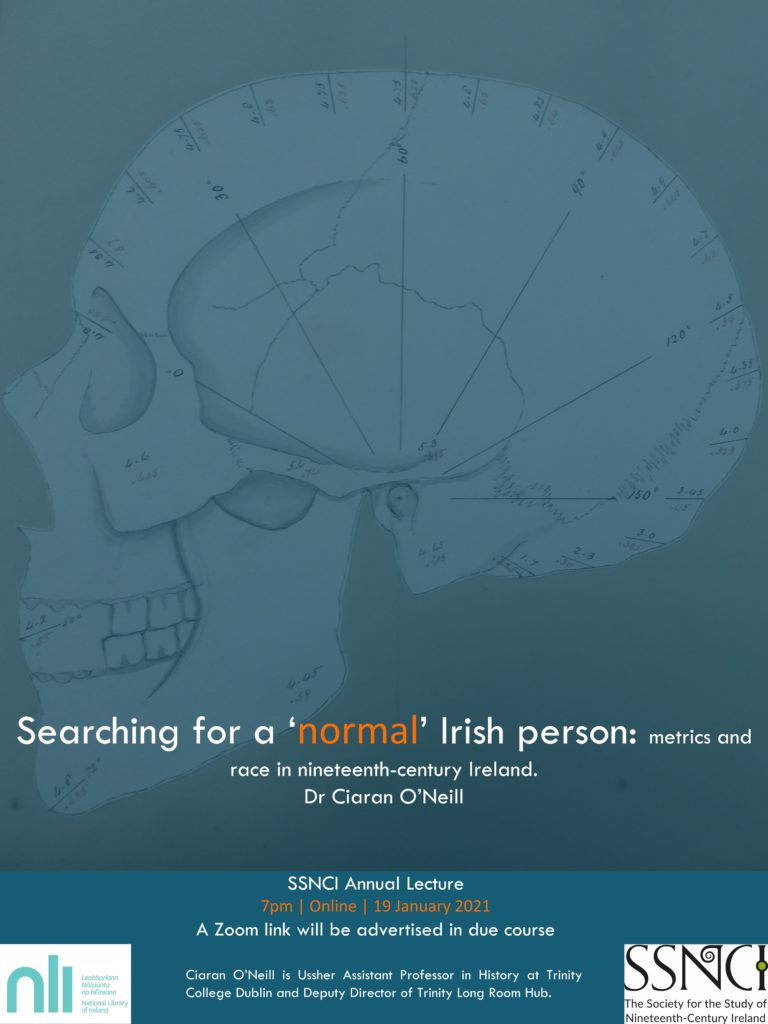 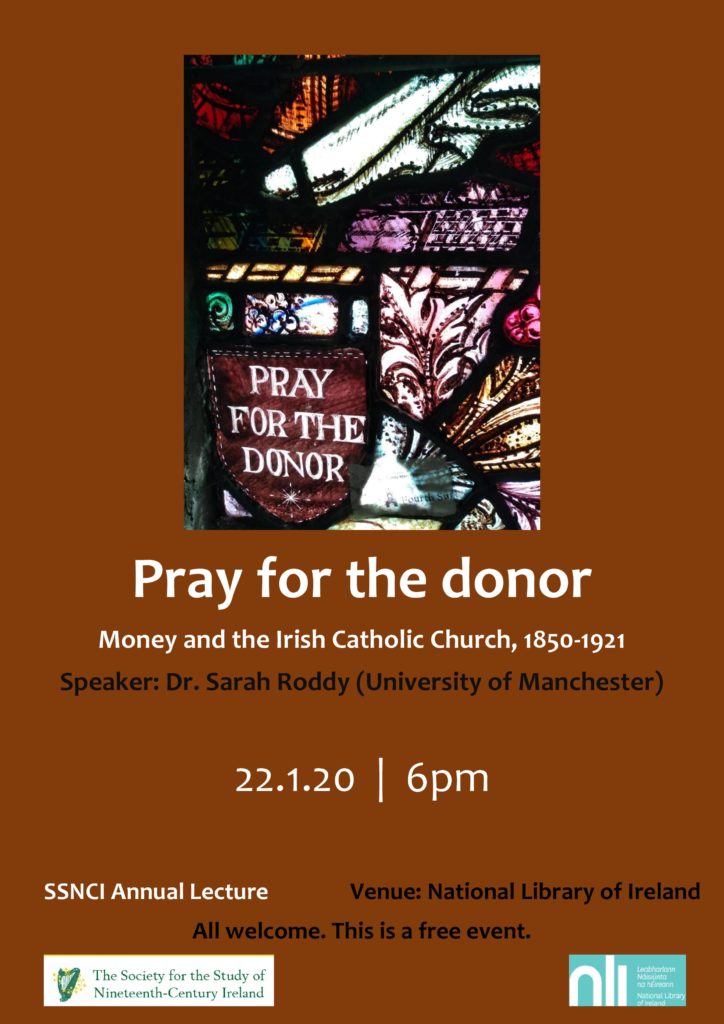 ‘Powers of Redemption: The Irish Famine as a Crisis of Governmentality’
Dr David Nally, School of Geography, University of Cambridge

2012
‘Landlord-tenant relations on the duke of Leinster’s estate, c.1838-1903: social memory and reality’
Professor Terence Dooley, Director of the Centre for the Study of Historic Irish Houses and Estates and Senior Lecturer, Department of History, NUI Maynooth