Skip to the content
END_OF_DOCUMENT_TOKEN_TO_BE_REPLACED ... Keynotes for 2018 Annual Conference" /> 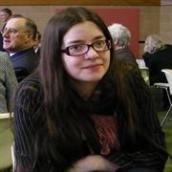 ‘Happiness in the Family in Nineteenth-Century Ireland’

Abstract: In his 1809 treatise, the Irish writer Richard Kirwan located conjugal love as central site of happiness for individuals. The lawyer Charles Phillips, in his renowned speeches for the victims of seduction and criminal conversation, interpreted these threats to his romantic domestic vision of family life as an attack on the happiness of individuals. If happiness was in the family, its location elsewhere was more troubling. Observers of Irish culture often remarked on the ‘sorrow’ of their folk literature, a melancholy that implicitly and sometimes explicitly tied the emotions of the nation to their colonial status. This national melancholy, it was remarked, sat over Daniel O’Connell like a cloud, quashing his innate, lively temperament. Freedom from colonial status, this description implied, would allow O’Connell to return to his natural, happy state. In a colonial context, the family then could be envisioned as a happy haven from a political melancholy. If – as political discourse of the era reminds us – the family was the foundation of the nation however, this discord between happy families and melancholy nation-states was perhaps more significant. Why did the boundaries of the private not extend to the public as was imagined for other parts of Europe? And what did the Irish family’s inability to extend its happiness to the nation imply for a social order where the family remained central? Through exploring these relationships, this paper intends to further not just a history of the family in the nation, but a history of happiness as a key agent of social and political change.

Katie Barclay is a Senior Research Fellow in the ARC Centre of Excellence in the History of Emotions and Department of History at the University of Adelaide, and, in 2017-18, a EURIAS Marie Curie Fellow at Aarhus Institute of Advanced Studies, Aarhus University. She is the author of the award-winning, Love, Intimacy and Power: Marriage and Patriarchy in Scotland, 1650-1850 (Manchester, 2011), and co-editor of Emotions: History, Culture, Society. Her monograph, Men on Trial: Emotion, Embodiment and Identity in Ireland, 1800-1845 is forthcoming.

‘Hardly worth your while’: the pursuit of happiness in twentieth century Ireland?

It would be unfair to blame it all on Frank McCourt, but his view about the happy childhood being ‘hardly worth your while’, in some respects sums up the quandary with happiness in twentieth-century Irish history.  While our understanding of the lived experience in twentieth-century Ireland has broadened considerably, we have been quickest to find the cruelties that the records allow us to find; infanticide, abortion, rape and child abuse have all been explored to quite striking effect.  Indeed, much of this work has informed the acknowledgement that past wrongs have to be put right.  But happiness, or what passes for it, has been harder to find; it leaves fewer traces, and not as many pressing reasons to search.  This paper will consider where we might seek happiness in twentieth-century Ireland, and, given some of the issues still coming to light, still needing redress, whether and why we should.

Dr Anne Dolan is Associate Professor in Modern Irish History at the Department of History, Trinity College Dublin.  She is author of Commemorating the Irish civil war: history and memory, 1923-2000, and is currently working on a history of killing in the Irish revolution.

Messy Feelings and Tidy Lives:  Towards a Material History of Happiness.

Over the last decade it has become fashionable to talk about a ‘material turn’ across a whole range of disciplines from philosophy and sociology through to the history of emotions.  The Cartesian idea of an insulated mind has been abandoned for new models of embodied or extended cognition which suggest that our inner lives, our thoughts and feelings, do not simply stop at the skin but instead are made possible by tools, technologies and devices drawn from the wider world.

At the same time there has been a striking  and parallel transformation in the popular market for self-help books.  Whereas once we were told that that health and happiness could only be achieved by working through our feelings or confronting our past, contemporary literature suggests that the the true way to self- transformation lies in the practice of dealing with our stuff.  By throwing out unwanted clothes, lighting log fires or rearranging throws and pillows  on a sofa, we can, we are told,achieve new  states of consciousness and productivity (such as flow) or different kinds of mood or emotion (such as hygge).  Taking in the early twentieth century histories of philosophy, aesthetics and play therapy this talk will look at long history of the relationship between the material world and the affective life.

Rhodri Hayward is a lecturer at Queen Mary College London. The author of The Transformation of the Psyche in British Primary Care, (2014), Psychiatry in Modern Britain (2013) and Resisting History: Popular Religion and the Origins of the Unconscious (2007) among other numerous journal articles and book contributions. He is a founding member of the Centre for the History of the Emotions and the Centre for the Studies of the Home.